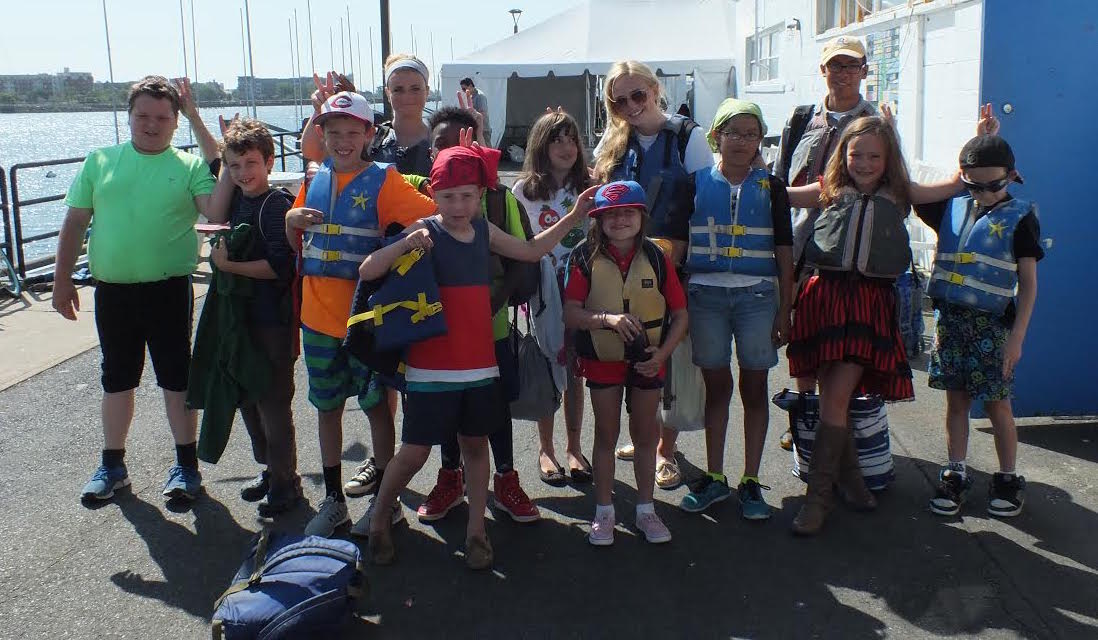 Ever since I spent my first summer at Courageous, almost a decade ago, I always planned to one day become an instructor.

I know that it is sort of a Courageous cliche to say that as a kid, I idolized my instructors and I wanted to be just like them, but it is definitely true. This is my third year working at Courageous and I love my job. But I had a discussion with two other girls from my writing class at Boston Latin School this past spring about our plans for the summer that made me doubt the importance of my job ; one girl had an internship working for the governor, and the other was going to China to compete in engineering competitions across the country. When I told them that I was working as a sailing instructor at a camp, I sort of thought to myself that maybe I should have tried to find a more professional job, one that would help me figure out what kind of career I want and what I want to study in college . I started to doubt that spending another summer working at Courageous could help me do that. With only one week of the last session left, I can say that I am so glad I returned to work at Courageous this summer. I can also say that working at Courageous this summer really helped me realize what I want to do with my life. Sailing is an expensive hobby. It is also something that is not accessible to everyone. I would never have gotten the opportunity to learn to sail if it were not for Courageous. Growing up in the program, this was always something I was aware of. But it was not until this year that I realized just how important Courageous is to me.

This summer the majority of the kids that were in the first session of step two came from the Swim Sail Science program. Having worked with SSS in the past as an IIT, it was exciting to see their familiar faces and watch them progress in the program even if they were no longer a part of SSS. These kids are from all over the city and take the bus to Charlestown everyday to go sailing. It is hard to explain the role Courageous plays in their summers, but a lot of them said that if they were not coming to Courageous they probably would be at home all day, and they definitely would not be sailing, and pulling up lobster traps, and making new friends that were not from their neighborhood. The kids I worked with this summer are extraordinary. They are funny, and intelligent, and friendly. They are also a lot of work. Everyday I would leave work absolutely exhausted, but extremely happy and content. Throughout the session, I started to see that the kids trusted me, I was able to help them work out problems they had, whether it was conquering their fear of waves on a weekly trip to Spectacle or settling a disagreement with another child. The kids started to share things with me about their lives, about things that have happened in the past, about problems they have had in their family. One boy’s disagreement with his friend ( and also his summer crush) about a game they were playing led to him telling me that the reason he is always mad and gets angry easily is because his life is really hard and people have hurt him in the past. He is only eleven years old. I like to think that I was able to facilitate their growth in more meaningful ways this summer too. Things much more significant than their fear of waves and their disagreements with other kids. This made me realize that my job was so much more than teaching kids how to sail, and that the work that Courageous does makes such a huge difference in the lives of hundreds of children every year.

Looking back on my earlier conversation with the two girls in my class, I know that I could not have been more wrong when I worried if spending another year at Courageous would help me figure out what I want to do when I graduate high school. I will be starting my senior year of high school this September. After high school I want to go to college and study nonprofit management and communications. I want to work for a nonprofit program, doing fundraising and public relations. It is what I am good at, but more importantly it is something that I believe in. My experience, spending my summers as a child going to Courageous and the last three years instructing, has been the single most important factor in choosing what I want to do with my life. Knowing that I work for a program that makes a difference every single day is what brings me back every year. I no longer see Courageous as just a high school summer job for me anymore. I see it as so much more.