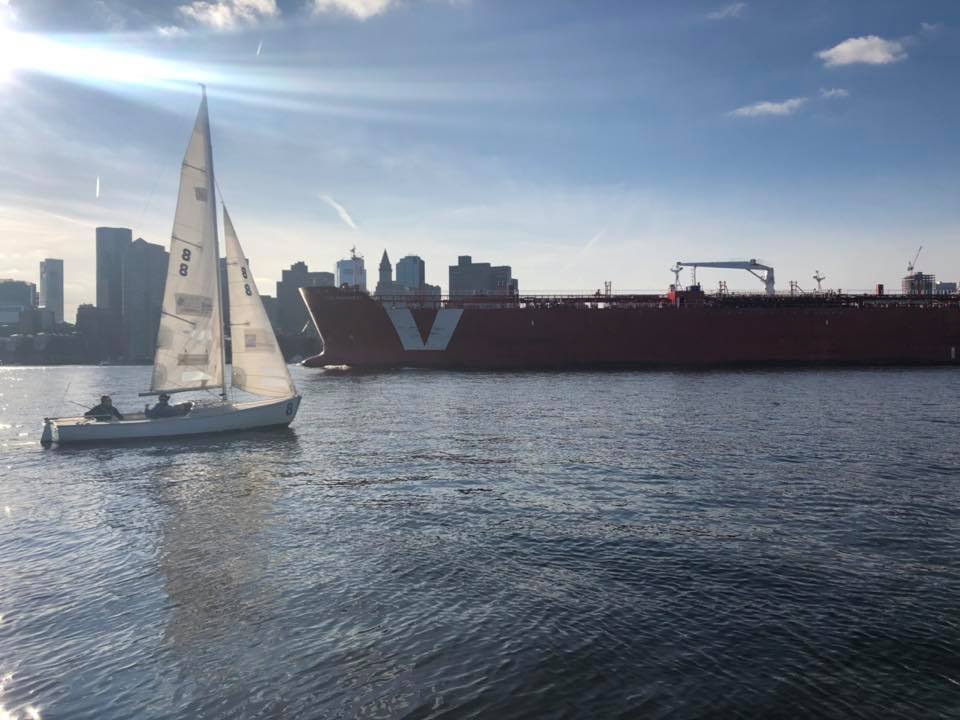 Week 3 is officially in the books!  This week we learned that forecasts are not always accurate, and that patience is key.  Heading into Saturday’s racing, the forecast did not look good.  The NWS was calling for NW winds at 5 kts, eventually becoming NE at 5 kts.  Most hourly forecasts had winds dropping to 0 knots (gusting to 3) from the hours of 12-3.  It was not a good sign for anyone interested in sailing.  In the morning there was still decent breeze around 10-15 kts, but by the time most of the fleet was arriving, the flag was hanging limp.  There was no wind to be found anywhere.  Our friends in the other fleet had left the dock at 11am, and they were only moving due to the current.