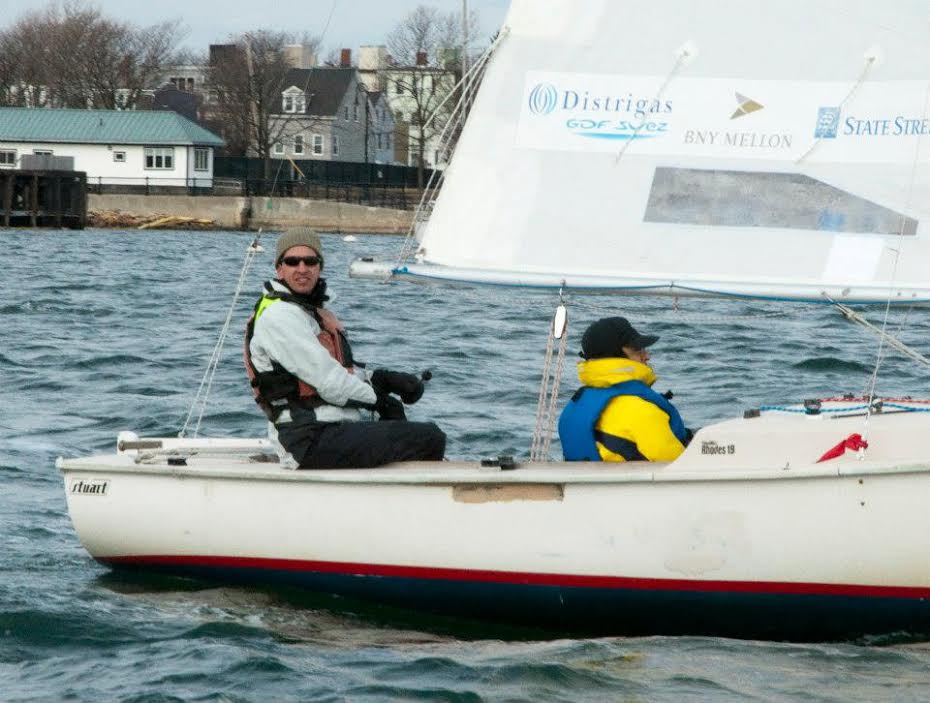 When I think of of my favorite times at Courageous, I think of winter 2014.

It was a very cold Saturday and we had to shovel out the snow that was up to the boom of the boat. The surface of the water was frozen near the dock and the staff wandered around with the power boats to break the ice which resulted in some very thick slush.

We rigged the boats and made our way to the racing course which was very close to Pier 4 and then we realized there were giant blocks of ice moving around. The icebergs were so large that sometimes we had to tack away as if they were major obstructions.

We started the day on an ebbing tide and the course was free of ice for a while but then it shifted and the flooding tide started bringing the icebergs back to the racing course. The temperature also increased a little and soon there was slush all over the place.

I remember one of the races near the end of the day, when discussing strategy prior to the start and our decision was to sail on the side of the course “where the water was liquid” because on the other side it was a nightmare of slushy water and icebergs.

I want others to join this community because Courageous is extremely welcoming to sailors of all levels, racers or cruisers. The members and staff are always willing to share their knowledge, making learning a fun experience. – Marcelo P