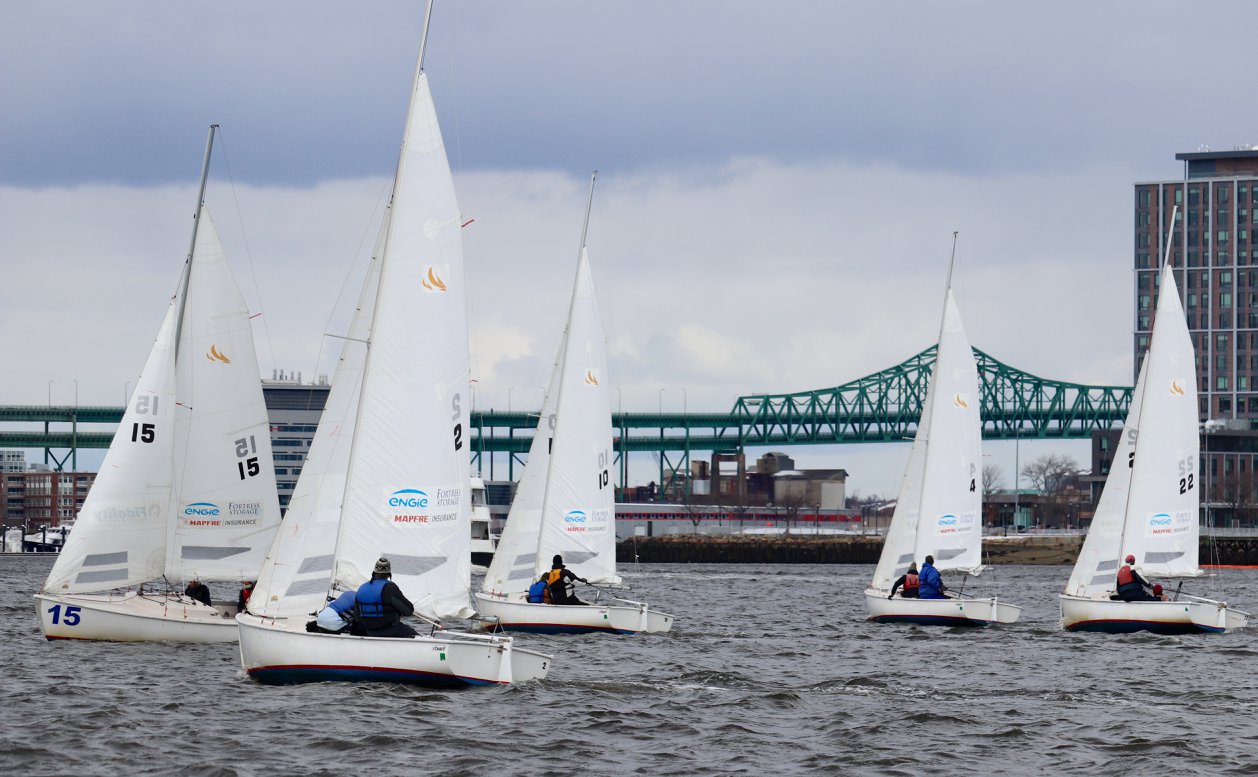 It was another good day of racing in the books.  Results can be found here.  We managed to get in 6 races before the LNG tanker came out.  Two more weeks of racing yet to go, March 17 and March 24.  We are expecting Nate to be back next week.

From my perspective in the RC boat, there seemed to be two big things happening on the course.  Within the top third or quarter of the windward legs, there were some quite shifty winds.  If you got there on the right tack in phase with the shift, you made out well, but if you got there out of phase, you could be spit out into the back third of the fleet.  This seemed to lead to a lot of up and down finishes for nearly everyone in the fleet.  The other things that I noticed is quite a few people going right off the start line or leeward marks, presumably in search of current relief.  This seemed to work well for some boats but for boats going far right to the East Boston piers, it seemed that some of them were actually sailing away from the windward mark, travelling a far greater distance.

With the desire to go right, there was some tacking onto port shortly after crossing the start line.  For three of the races this resulted in port-starboard fouls against boats starting closer to the RC boat.  In addition, there was a race where two boats were over the line early.  One of them tacked onto port, bearing off to return to the line.  Unfortunately, there were 2-3 boats on starboard tack that had to act quickly to avoid contact, with one of them t-boning the RC boat.  The OCS boat not only broke RRS 10 (On Opposite Tacks), but also broke RRS 22.1:  “A boat sailing towards the pre-start side of the starting line or one of its extensions after her starting signal to start or to comply with rule 30.1 shall keep clear of a boat not doing so until she is completely on the pre-start side.”  If you are OCS, one of the better strategies is to slow down by luffing, let the fleet pass over you, then head back to the line to restart.  Don’t compound your early start by fouling or colliding with other boats.

Caitlyn took lots and lots of photos that have been posted on Facebook.  Lots of nice shots with a telephoto lens.  I think that she got almost every boat in the fleet, so look for yourself in the gallery.

See all of you next week.